SPECIES IN THE SEA OF CORTES

Some representatives of the fish beauty found in the Sea of Cortés are:

Another very colorful group of animals that live in the area, are Nudibranchs, small mollusks, toxic to their potential predator but harmless to humans.

The majority of them are not larger than 2 inches and their size invite all to dive with a lamp, a ruler and a magnifying glass.

Hans Bertsch, PhD., researcher on the subject for more than 30 years in the Sea of Cortés, has confirmed the existence of more than 117 different species of Nudibranchs within Bahía de los Ángeles, naming some of them with names such as Mexichromis, colorful Mexican, and Trivettea papalotla, Ivette's sea butterfly. 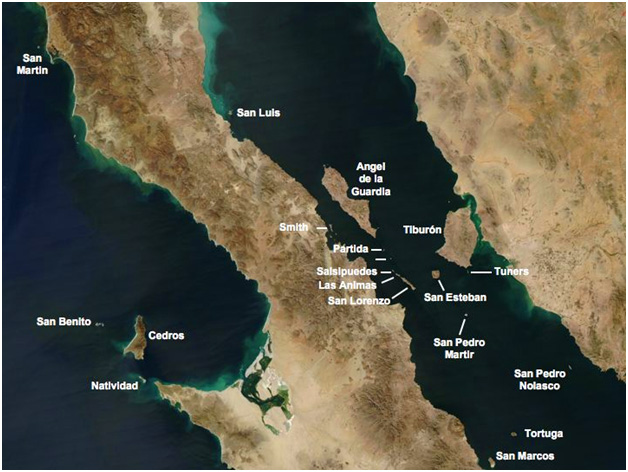 Angel de la Guarda and Bahía de los Ángeles Archipelagos, as well as the coast along the channels of Ballenas and Salsipuedes, are marine bird colonies, prior to reproduction season, for terns, sea gulls, cormorants, herons and dodo birds. Additionally, it is an important refuge for a large variety of coast, marine and birds of prey, during their reproduction season or in their migration routes. 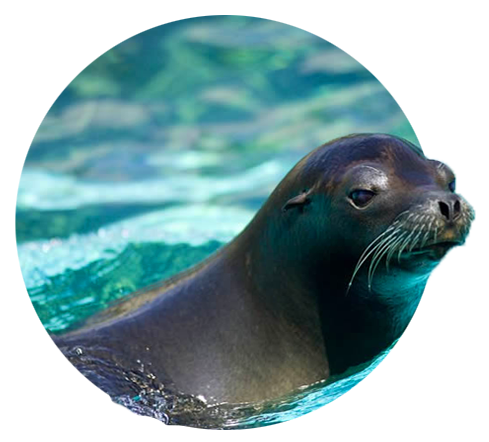 Three of the 13 recognized sea lions rookeries (Zalophus californianus californianus) are within the Bahía de los Ángeles Biosphere reserve, in the coasts of Angel de la Guarda and Granito islands. Additionally resting rookeries are known to be at Roca Vela, Roca Blanca, Between Estanque Island and Isla Ángel de la Guarda, at El Rasito Islet in Bahía de las Ánimas and Isla Calavera, most of individuals are either adults or juveniles.