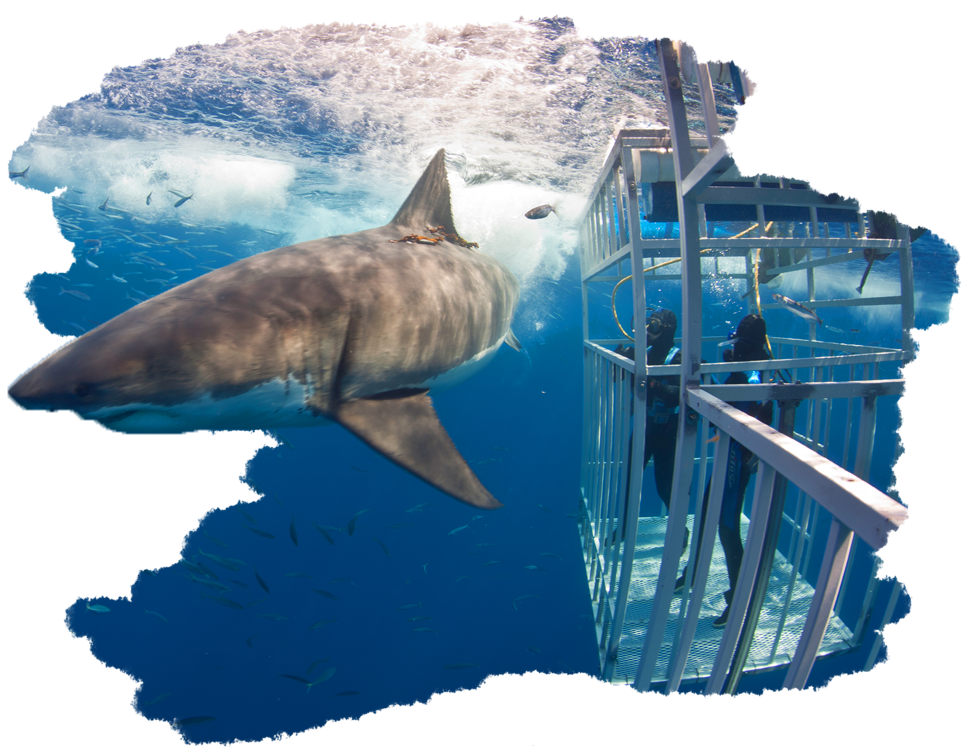 Great White Shark (Carcharodon carcharias) is a cartilaginous, lamniforme fish of the Lamnidae family that can be found in warm and tempered waters in all oceans. It is the only surviving specie of the Carcharodon genre.

It has an unjustified fame of being an efficient and voracious predator, is very elusive and hard to observe in the open oceans.

The most frequent sizes of adult White sharks are from 4 to 5.5 m (13 to 18 feet) (males are slightly smaller than females), although there are reports of animals that widely exceeded this dimensions. At this time there is no way to assure what is the real maximum size of the specie, this reinforced by old and not very trustworthy notes about really gigantic animals.

The Great White Shark lives in the continental platform, at shallow depths where abundant light and sea currents generate a higher concentration of life, for the sharks this means more food.

Areas with frequent presence of great White sharks include North America´s eastern coast line (from Baja California to the Southern tip of Alaska, where they arrive in warm years).

Due to logistical difficulties to find Great White Shark on the open sea and coastline, because of the lack of knowledge of their habits and because they are very elusive, and due to the world´s interest so see them in their natural habitat, several Liveaboard operators have developed cage diving and chose Isla de Guadalupe for their encounters.

Yearly between August and October, several tour operators sail from Ensenada in search of the Superpredator in the waters surrounding Isla De Guadalupe.

Isla de Guadalupe is located approximately 165 miles west of Ensenada and is now one of the world´s best site for Great White Sightings from a the safety of a Cage.

Observation is made with an unlimited air supply from the surface, without the need for any Scuba Diving certification and visibility is very high, facilitating underwater photography and videography of the great fish.

For certified Scuba Divers there are observations, also from a cage, but located at 30 – 40 feet depths.