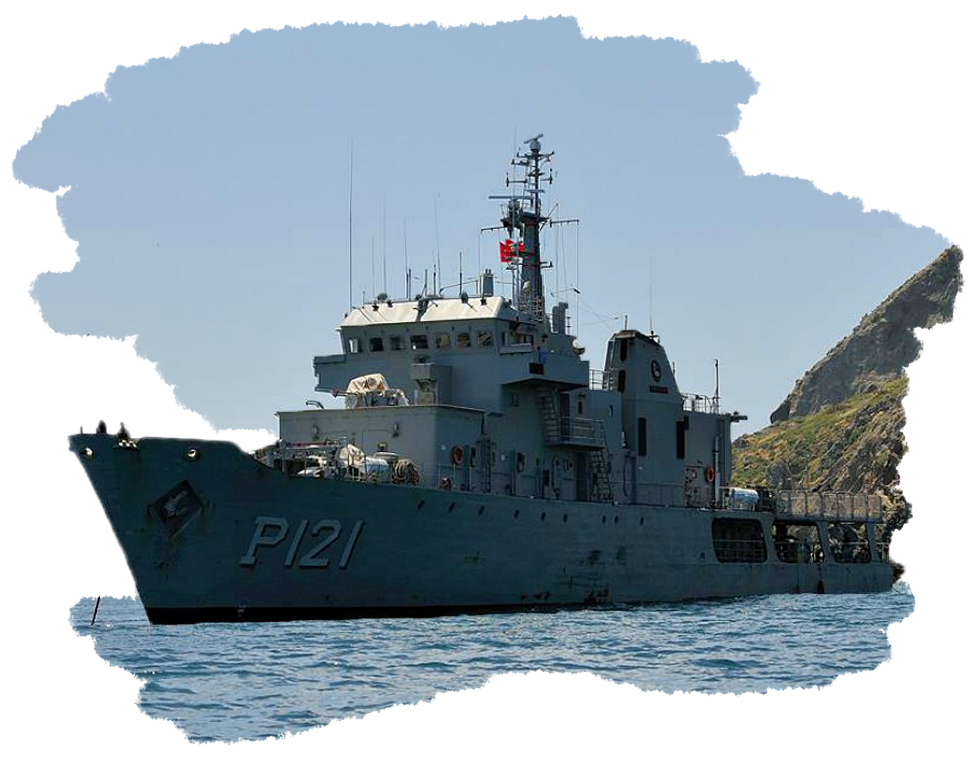 Is an ongoing long term project including a ship cemetery with a planned 4 wrecks, a tribute to the Titanic, an underwater “Pre-Columbian Atlantis” and a sculpture Garden.

Its main characteristics were: overall length 67.00 m (219 feet 10 inches), beam 10.5 m (34 feet 6 inches) and a height of 5.5 m (18 feet), main propulsion of two diesel engines, armed with a 40 mm Bofors Breda cannon and a Bolkow helicopter, belonged to the first generation of ocean going patrols with heliport and helicopter, she had a crew of 54.

On the evening of November 27, 2011, a fire irreversibly damaged the Command Bridge, Bridge Roof Deck, Battery room, air conditioning room and cabins, leaving Uribe 121 incapacitated, is was inspected to assess if she could return to service and declared damaged beyond repair due to the high cost.

Later, after removing all usable components, as a non-self-propelled hull ex Uribe 121, she was donated to the people of Playas de Rosarito.

The hull was received in July 2013, by representatives of Playas de Rosarito Municipality, with principals of CCDER and Baja California Divers, in Manzanillo Colima.