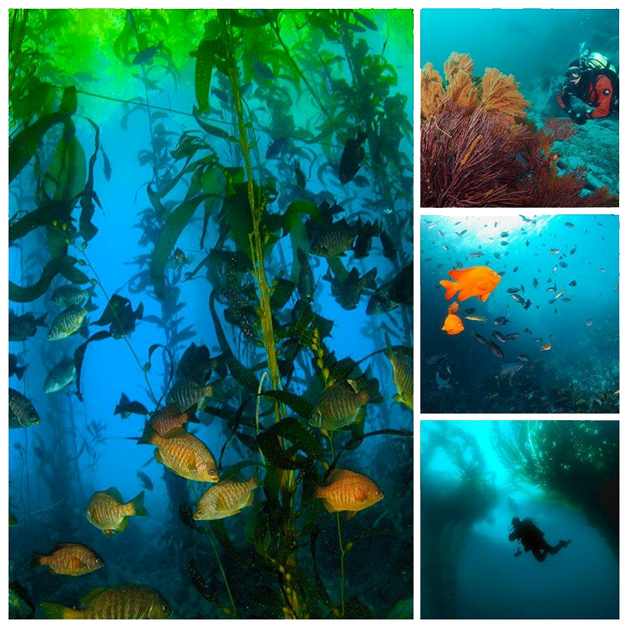 Baja California´s coasts to the Pacific Ocean houses ecosystems generated by upwellings that rise from the deep ocean to the desert Coasts, that carry large quantities of nutrients and promote large concentration of life, this coast starts in Tijuana and ends at parallel 28 at the border with Baja California Sur.

In this area, water temperature goes from cold to very cold, because of the very deep waters from where water ascends and generate large Kelp Beds, marine grass fields, etc., that in turn protect and promote life.

The Mexican Pacific Ocean is crossed by an imaginary lane that traces the Tropic of Cancer. Very near this longitude and latitude is the division lane between two bio geographical regions, the Nearctic, with tempered characteristics, which in Baja California appears similar to the Mediterranean climate and with desert climate in Sonora; and, to the South, the Neo Tropical region, with warm and humid climate and jungle like vegetation.

This regions, from the world´s outlook, include a large number of exclusive and unique ecosystems, from planktonic microorganisms up to large vertebrates, that are found in our patrimonial sea.

An approximate and conservative 4,500 species are found here. Marine Algae and Fauna species are estimated at more than 800; 70 corals, 700 annelids and polychaetes worms; approximately 1,000 crustaceans-shrimp, crabs and lobsters-; 500 echinoderms such as star fish, sea cucumbers, sea urchins and sea cucumbers; 900 mollusks, including oysters, mussels, clams, octopi and squid; 1,500 fishes, including sharks; 10 amphibious and reptiles; 41 mammals and more than 600 birds, even though marine birds would account to somewhere around 80 species.